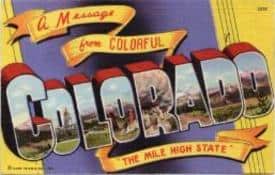 Inspired by their equality allies in New York, where activists lobbied hard against elected enemies of same-sex marriage, a group based in Colorado says they will soon start targeting lawmakers who opposed civil unions there.

A new group called Fight Back Colorado will target lawmakers in November who helped kill civil unions during the legislative session.

The organization has not announced which lawmakers it will go after but treasurer Roger Sherman of Denver said it will be "smart and methodical" about where it spends its money.

The group is modeled on successful efforts in New York to elect and defeat lawmakers based on their gay-rights stances, that led to the New York legislature passing a bill allowing gays to marry, Sherman said.

He said that wealthy gay rights advocate Tim Gill of Denver is expected to contribute to fundraising.

The civil unions bill passed the state Senate earlier this year, but GOP House leaders refused to call a vote, and Fight Back Colorado wants to guarantee lawmakers get a chance to have their voices heard.

"A lot of folks never got to vote on this, but they allowed their leadership to do this so they had a hand in civil unions being killed,"Brad Clark, director of One Colorado, told the Denver Post.

Previous Post: « Maryland’s Marriage Equality Opponents Are In Massive Debt
Next Post: Meet The 7 Most Anti-Gay GOP Lawmakers In The House »