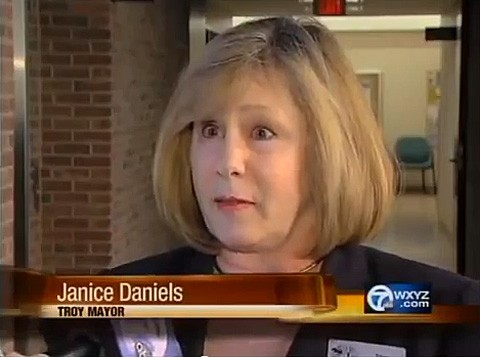 Troy, Michigan mayor Janice Daniels, who faced outrage late last year over a Facebook update that read "I think I am going to throw away my I Love New York carrying bag now that queers can get married there" and months later said she wanted an expert to testify that homosexuality is a mental illness at an anti-bullying forum spoke out again this week as she faces down a recall vote in November.

Is it dangerous to be gay? Langton asked.

“I think that doctors can make a case for it certainly,” the mayor said, adding that she “had no opinion” on whether being gay is more dangerous than smoking.

This week, organizers of a recall campaign against her delivered signatures:

Watch WXYZ Detroit's report on the recall, AFTER THE JUMP…