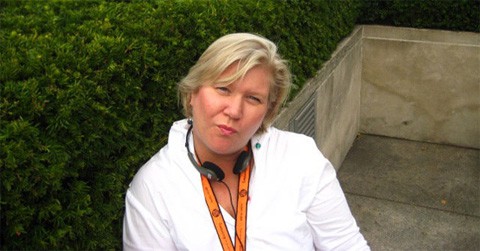 Lisa Winters, the former head of the Bronx Community Pride Center (she was fired in 2010) has been charged with larceny over her embezzlement of at least $338,000 in funds for her personal use, the NY Daily News reports:

Winters…used the dough to pay $25,751.74 to Eyes on Africa for a personal trip and $15,953 to a dog-walker, authorities said. She also paid thousands of dollars for trips to the United Kingdom, the Turks and Caicos Islands and the Carolinas, according to the criminal complaint. Winters was fired from center by its board of directors in January 2010 after proof surfaced that she misappropriated funds, according to a Department of Investigation report.

Winters was arrested June 15 and charged with grand larceny and 23 counts of falsifying business records for allegedly cutting checks for her benefit to the tune of more than $143,000.

She was freed without bail at her arraignment. The Bronx district attorney's office is still investigating whether additional charges may be brought, a spokesman said.