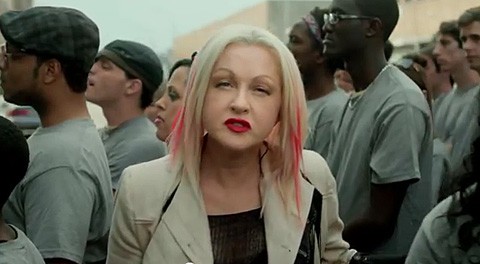 Cyndi Lauper today launched the Forty to None Project, a national program to educate the public and support homeless LGBT youth. The project's name comes from the disturbing number of LGBT homeless youth. With up to 1.6 million youth who are homeless each year, 40% identify as gay, lesbian, bisexual, or transgender. Lauper wants that number to be "none".

Watch her speak out in the organization's first PSA, AFTER THE JUMP… 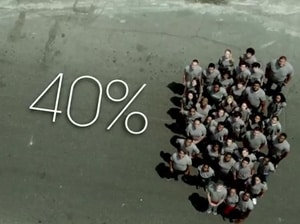 Writes Lauper in a message about the project:

Five years ago, on the Christopher Street Pier in New York City, my eyes were opened.I was doing a photo shoot for Interview magazine and thought it was important to include some gay and transgender youth to reflect my work with the lesbian, gay, bisexual and transgender community.  My goal was to send a message of inclusion and acceptance, but what I realized after talking to these kids was just how different my vision was from what they had experienced in their own lives.

The youth on the pier that day told me story after story of exclusion, of rejection and of pain. As a mother, I can’t ever imagine throwing my child away. I can’t imagine kicking a kid out of my house. I can’t imagine rejecting a person who is, literally, a part of me. 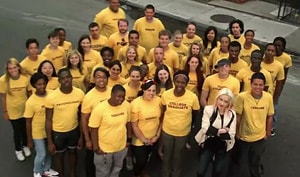 But for the kids of the pier, that rejection wasn’t something unimaginable. It was their reality. Anybody can end up on the street. Homelessness knows nothing of age or race or gender. It can happen to anybody.But when statistics show that as many as 40% of the nation’s homeless youth are gay or transgender, compared to 3-5% of the overall youth population, we have to acknowledge that we’re facing a crisis. The disparity suggests that gay and transgender youth stand a much higher chance of becoming homeless because of abuse, neglect and familial rejection due to sexual orientation or gender identity that drive them to the streets.The kids on the Christopher Street Pier that day, and the other gay and transgender youth living on the streets who make up the 40% have done nothing wrong, other than being born the way they were supposed to be.  And because of who they are, these kids have been forced to leave their homes, subjected to abuse or worse.

Lauper says she has done her homework on the issue while raising awareness through her True Colors Fund, which has produced video and print campaigns like The Give a Damn Campaign, which featured celebrities discussing the issue. 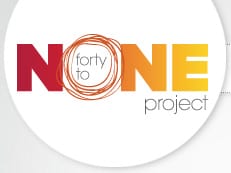 Adds Lauper of Forty to None:

We traveled the country, visiting shelters, drop-in centers, outreach programs and advocacy organizations. We talked to community leaders, service providers, government officials and the kids themselves. We held meetings in 10 cities, from Washington to New York to San Francisco to Minneapolis. We looked for the holes in the system, and we’ve developed a five-year plan to make significant changes happen.

In our first five years, Forty to None will work to drive down the number of gay and transgender youth on the streets through a campaign that includes: education and awareness to raise the visibility of these young people and the direct service providers who work with them; advocacy at the state and federal levels; strengthening the network of services, advocates, community leaders and others working on the issue; training service providers to be more inclusive and understanding of the issues specifically affecting these kids; and empowering homeless gay and transgender youth themselves with valuable resources and information.

Watch Cyndi speak in Forty to None's first PSA, AFTER THE JUMP…