The UK's Pink News uncovered a disturbing incident that happened last year at London's Gatwick Airport filed as part of a critique of security practices there in which a gay man was stopped on suspicion of pedophilia simply because he had a boyfriend and a camera. The man's HIV status was also openly discussed: 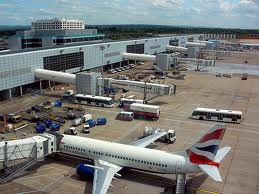 The report outlined the details: “The passenger was stopped and asked routine questions about their trip. When the officer indicated they wished to search the baggage, the passenger requested that this be done in a more private place. This request and a further request on this issue were refused. The contents of the passenger’s bag were then openly displayed including photographic equipment.

“The officer subsequently left the passenger to undertake background checks and later emerged signalling that the passenger could continue on their way.

“The officer then commented to another officer that the passenger was HIV positive; the colleague then advised that the searching officer should use stronger hand gel. These comments were made within earshot of the passenger and indeed other passengers in the channel.

“When subsequently asked why this passenger had been stopped immediately after this interaction, the officer commented that the passenger ‘looked like he might be involved in paedophilia’ and then went on to say that ‘the presence of the camera and the fact he had a boyfriend confirmed this’ (no photos were examined).

“Notebook records of this exchange were not kept although the passenger was delayed by almost 30 minutes.”