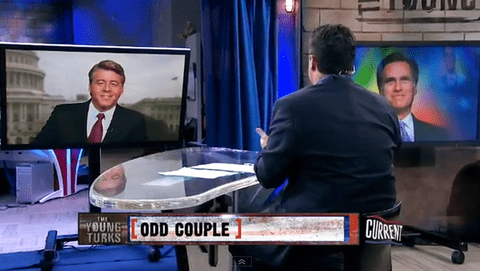 Jimmy LaSalvia tried last night to explain why he and his allies in GOProud, a gay conservative group, endorsed anti-gay marriage Mitt Romney.

“[Romney] has [in the past] demonstrated that he believes we’re a part of America” and the marriage debate is simply a distraction, LaSalvia told The Young Turks host Cenk Uygur.

Watch Uygur and LaSalvia hash it out AFTER THE JUMP.