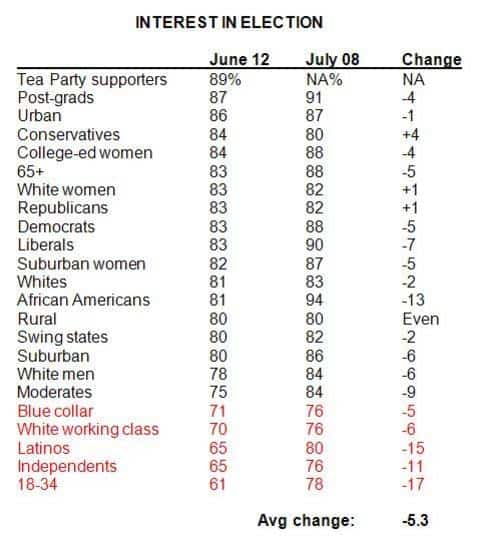 A new poll from NBC News and the Wall Street Journal shows that voter enthusiasm has dropped considerably since 2008 historic election, and that could mean trouble for both President Obama and rival Mitt Romney.

There are red flags for the Obama campaign, considering Latinos and young voters appear to be among the least enthused so far and down in big numbers from 2008.

And there are things for the Romney campaign to look at, particularly when it comes to white-working class and blue-collar voters. Romney wins both by double-digits in the latest NBC/WSJ poll — white working class 58-31%, blue collar 48-37% — but their enthusiasm is low as well.

These guys are going to have a long, hot summer as they hustle to bolster their respective bases. Whether those bases respond remains to be seen, of course.