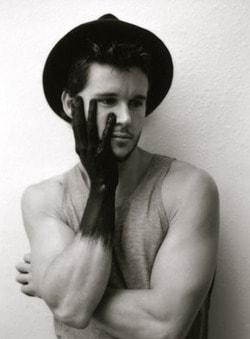 True Blood's new season got off to a fast and furious start last week, and where that show will go next is anyone's guess.

While the cast is absolutely forbidden from discussing specific details, Parade magazine managed to get Ryan Kwanten, the drool-worthy actor who plays Jason Stackhouse, to offer a few details on where his character is headed.

Kwanten also spoke out about Stackhouse's acceptance of [SPOILER] nemesis Rev. Steve Newlin, who has come out as a "gay vampire American."

"When you look at Jason in season one he had a very tunnel view of the world and some would say an ignorant view. And now, that speech he gave to Newlin was 'Look, I accept who you are, whether it's a vampire, whether it's a gay man, or both. But that's not the way this dog barks,'" he said.

"That's a huge step for Jason to change his spots…Towards the end of the season, which we are shooting now, he puts the things he has learned into practice and starts to show his true colors."

On his relationship with Jessica.
"As you know, with relationships on True Blood, things can go askew pretty quickly. And Jason's not known for being the most stable of fellows."

How he matures this season.
"Even in that first episode, you get a good indiciation that Jason, at the very least, is trying to be a better man. He's aware of his fallibilities where before there was an innocence to him. He would keep making the same mistakes, never really learning. Now he's aware how much his faults hurt him and other people. Him and Sookie towards the middle of the season find out new information about their parents. It will give the audience a real weight about what the characters have gone through and the reasons they do the things they do; why they are the way they are."

Jason's driving motivation.
"He's making a conscious effort to have some direction in life and he's making a conscious effort to put other people before himself. That's the bane of existence of being a policeman. He first joined for the cool factor, to carry a firearm and those accoutrements, but he quickly realizes there is a responsibility that comes with that power. He mans up pretty well. Towards the end of the season, which we are shooting now, he puts the things he has learned into practice and starts to show his true colors. I'm kind of proud of the way he has grown up."