Named American Unity PAC, its sole mission will be to encourage Republican candidates to support same-sex marriage, in part by helping them to feel financially shielded from any blowback from 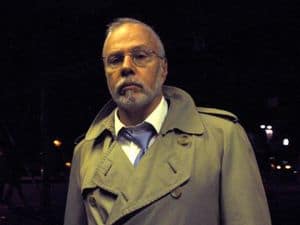 well-funded groups that oppose it.

In an interview on Tuesday, [Singer] told me that he’s confident that in Congressional races, which would most likely be the super PAC’s initial focus, there are more than a few Republicans “who could be on the verge of support” or are “harboring and hiding their views.”

“And this kind of effort could be catalytic in generating some more movement,” he said.

As Andy previously reported, Singer is straight, but has a married gay son. Singer has contributed massive sums to pro-equality efforts before — he was instrumental in bringing Republican support to the cause of marriage equality in New York — but he's also contributed to the campaigns of anti-gay political candidates. He's a big Mitt Romney fan, and last month hosted a Romney fundraiser which brought the candidate $5 million.

Previous Post: « A Fabulous, Countrified ‘It Gets Better’: VIDEO
Next Post: Gay Man Stoned To Death Outside Nairobi »