To celebrate Pride 2012 and to honor the great civil rights and political successes we have earned recently, I would like to offer a series of columns on the lawyers, advocates, scholars, and individual leaders who have sacrificed so much, developed novel legal arguments, and won the legal victories upon which we stand today. It is impossible to include everyone; an entire life's work would fail to honor all of our forefathers. But these few representatives symbolize the contributions of the greater whole: a group of men and women, young and old, who have sacrificed so that we can live a life of freedom today. In today's column, the men and women fighting discrimination by private actors.

Last month, the Boy Scouts of America forced Jennifer Tyrrell to resign as den mother of her 7-year-old son's Tiger Scout troop because she is a lesbian. The incident prompted a resignation from the BSA Board, a longing for the Mitt Romney of 1994, an affirmation of BSA's antigay ways, and, ultimately, a policy reassessment that no one thinks will result in any change. The fracas has inspired grand defenses of the Boy Scouts, rants against obvious and pointless discrimination, the meaning of citizenship, and the difference between private and public entities. There has, however, been very little talk about a man named James Dale. 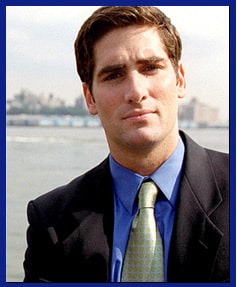 Before Ms. Tyrrell brought her children onto the stage at the GLAAD Awards, Mr. Dale was the face of the struggle against the Boy Scouts. He was a scout himself and then an assistant scout master in New Jersey when he was fired for being the president of Rutgers University's Lesbian & Gay Association or, as the Scouts put it, an "avowed homosexual." Evan Wolfson, Beatrice Dohrn, and Jon Davidson (among others) at Lambda Legal took Mr. Dale's case to New Jersey's highest court (where they won unanimously) and to the United States Supreme Court (where they lost by one vote), arguing that the Scouts had no right to flout nondiscrimination laws. Boy Scouts of America v. Dale (2000), is the story of the gay rights movement of the 1990s: reeling from Bowers v. Hardwick (1986), clawing for small victories, beset by a judiciary too slow to recognize the human dignity of gay persons, and fighting a lonely but necessary battle. Without Mr. Dale, there would be no Ms. Tyrrell, no thousands of signatures on a change.org petition urging the Boy Scouts to mend its ways, and no men and women willing to stand up to private hate.

Dale and the St. Patrick's Day parade case, Hurley v. Irish-American Gay, Lesbian, and Bisexual Group of Boston (GLIB), form the foundation of today's governing law on the right of religious private actors to discriminate against gay persons. Neither are very favorable precedents, and their rationales haunt us to this day. And, yet, were it not for Mr. Dale and a group of proud gay Irish-Americans — all of whom defined themselves as more than "gay" activists — the Scouts and St. Patrick's Day parades would not be the focus on activism they are today. Nor would we be willing to stand up when copycats follow suit.

Most importantly, although Mr. Dale and GLIB may have brought cases about free expression, they were always the scariest enemies of anti-gay hate and discrimination. They cleared the way for none other than our marriage equality plaintiffs in California, Nevada, Illinois, New Jersey, and elsewhere because they sought inclusion in mainstream civil institutions, participation in which can only demystify the LGBT community and undermine conservatives' main line of attack against gays as licentious, depraved, overtly sexual, and marginal to society.

Mr. Dale sued the Boy Scouts to stop the the organization from firing him as scout leader simply because he is gay. The U.S. Supreme Court concluded that applying New Jersey's public accommodations law, which bans private discrimination on the basis of sexual orientation (among other things), to the Boy Scouts violated the Boy Scout's right of "expressive association." That concept refers to a private group's right to constitute itself so as to offer a particular message, which in this case was a pro-heterosexuality message. Allowing a gay person to represent the organization would contradict its stated aim of teaching "that homosexual conduct is not morally straight" and of not "promot[ing] homosexual conduct as a legitimate form of behavior." The Court found that forced inclusion of an "avowed homosexual" severely hampered the Scouts' ability to preach heteronormative values. 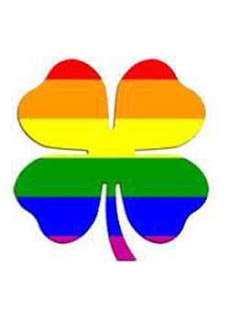 In Hurley, the Court made a similar conclusion. GLIB sued to be allowed to march in the St. Patrick's Day parade under its own banner. The Supreme Court declined to force the group's participation under the Massachusetts public accommodation law because the parade had some "collective message" that was inconsistent with allowing gays in. The fiercely independent Justice Souter had a lyrical way of making his point: "Rather like a composer, the [parade organizer] selects the expressive units of the parade from potential participants, and though the score may not produce a particularized message, each contingent's expression in the [organizer's] eyes comports with what merits celebration on that day." Run by a private association, the Parade was a private speaker, free to choose its message and free to say that a given applicant's message was inconsistent with overall voice of the Parade. After all, we cannot let the state compel the agitator in Union Square to say (or not to say) this or that.

Dale and Hurley pitted two private groups' desire to control their messages against state laws that mandated the equal treatment of gay persons. In this very basic way, the cases seemed to represent a classic conflict between two Constitutional rights — freedom of expression and equality — and a neat neo-liberal or libertarian solution: private institutions are free to settle on their own mission and means for effectuating that mission, and the State should not interfere by ordering a private association to adopt certain values. That rationale makes some sense; it's even rather progressive in the same way that we do not want a President Santorum enforcing his own brand of radical Catholicism on our behavior or private associations.

But, Dale and Hurley were never that simple. Nor were the majorities' cavalier solutions particularly scholarly or judicious.

The Court thought it faced a conflict between a group's freedom of expression and another group's guarantee of equality and, quite simply, chose expressive freedom over equality. We are left asking: if the Boy Scouts and the St. Patrick's Day parade organizers can ignore equality legislation when it comes to gays, can other private institutions? The answer must be no for three reasons: First, any other answer would let Dale eviscerate all nondiscrimination laws; second, the Court said that the discriminatory message has to be essential to the purpose of the group; and, third, after Lawrence v. Texas, Dale may no longer be good law.

It is also clear from the Court's opinion in Dale that the reason the organization excludes someone has to be linked to a purpose of the organization that is essential to its identity. in Dale, the Court made clear that, at the time, the Scouts had an official position against "avowed homosexuals" being scout leaders and because heterosexuality was part of the Scouts' message, keeping Mr. Dale as a leader while letting him "avow" his sexual identity would burden the Scouts' ability to push its own message. The Court said the exact same thing in Hurley.

However, even if we accept the legitimacy of this reasoning in 1995 and 2000, it seems outdated in a post-Lawrence world. Lawrence made clear that homosexuality as an identity, and the individual or group conduct that accompanied that identity, could neither be criminalized nor the subject of state opprobrium simply because some people think it immoral. And, more recently, in Christian Legal Society v. Martinez, Justice Ginsburg's majority opinion collected cases to make the point clear: there is no such thing as laws that are constitutionally appropriate simply because they attack, criminalize, or censure conduct, and not identity, when that conduct is so wrapped up with the target's identity that they are, at a minimum, proxies for one another.

In Lawrence, that act-identity distinction was between being gay and sodomy, a distinction that held sway in Bowers v. Hardwick; in Dale and Hurley, it was about being gay and saying you are. In other words, that Mr. Dale was a so-called "avowed homosexual" and that his openness about his sexuality was the reason for his dismissal is an outdated, discriminatory way of saying, "We love the sinner, hate the sin." "Don't Ask, Don't Tell" was supposed to fit that bill, and so did cases where a gay employee was fired not because she was gay, but because she got married and put a notice in the newspaper. After Lawrence and other cases, the Constitution no longer countenances that canard. In a society that, through public accommodation laws, has denounced private — not just public — discrimination, permitting the Dale and Hurley loopholes seems anti-democratic and contrary to our values.

The conservative federal judiciary is unlikely to reconsider these precedents anytime soon. But, we still own Mr. Dale and the members of GLIB a great debt for not only highlighting the Boy Scouts and the St. Patrick's Day parade as bastions of discrimination, but for challenging the codification of an act-identity distinction that once allowed all manner of morality laws to either keep us in the closet or silence us entirely.

They also paved the way for other impact litigation plaintiffs, like Sandy Stier and Kris Perry, two of the marriage equality plaintiffs in Perry v. Brown, and all those men and women seeking marriage recognition for gays. By seeking to join conservative institutions — civil organizations that teach citizenship and morality and stability — Mr. Dale, Ms. Stier, and Ms. Perry are all at the vanguard of gay integration into mainstream society. They are our greatest symbols, and bigotry's greatest enemies, because they represent everything conservatives refuse to recognize about us: that we are just like everyone else, willing to devote ourselves to others, to love, to support our country, to do charity, to raise kids, and to sacrifice.