Now that the Supreme Court has upheld the constitutionality of most of the Patient Protection and Affordable Care Act (ACA), most liberals are cheering, most conservatives are feling betrayed by Chief Justice Roberts and are looking ahead to the next election, and most Americans are wondering what this all means. Unsurprisingly, immediate reactions from the left and right may not be well thought out. Legal experts far smarter than I — Professor Glenn Cohen of Harvard, for example — have been offering scholarly commentary online, on the radio, and elsewhere; their words are insightful and worth a read. Today, I would like to add a few words about the implications of the Court's decision on the LGBT community. 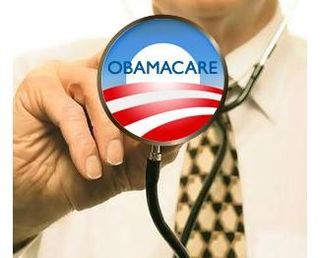 First, let us rid ourselves of the notion that Chief Justice Roberts's opinion in National Federation of Independent Business v. Sebelius was an unmitigated victory for progressives. In fact, in upholding a law that seems so odious to conservatives, the Chief Justice tried to give the right a legal victory by further narrowing the scope of federal power under the Commerce Clause. That has been the cause celebre of conservatives for decades, and by deciding the case pursuant to Congress's taxing power and quashing the idea that the individual mandate falls under "interstate commerce," Chief Justice Roberts tried to continue the march away from broad Congressional power to pass social legislation.

Second, although the substance of yesterday's decision may not impact any future consideration of the Defense of Marriage Act (DOMA) directly, some conservatives are chattering about a double standard where liberals were calling for "judicial restraint" on the ACA, but demanding that the Court overturn DOMA without much restraint. That argument is specious and misunderstands the law. The standard by which we measure the legitimacy of economic legislation should be different than the more searching standard by which we judge legislation that classifies and discriminates purely on minority status. Under that rubric, the ACA can stand while DOMA falls.

And, third, the survival of the ACA may mean more the HiV-positive community than any other group that has been subject to discrimination in the provision of health insurance and health care: an end to pre-existing condition discrimination, guaranteed issue and community rating, and an end to lifetime and annual caps, for example, will go far to relieve the oppressive financial burden imposed upon those with HIV who have been unfairly forced out of the pre-ACA health care network. However, after upholding the central pillar of the ACA, the Court narrowed the law's Medicaid expansion, and that will keep thousands of HIV-positive Americans in the limbo of the uninsured.

AFTER THE JUMP, I make these arguments in greater detail.

Lose the Battle, Win the War

Speculating about what motivated Chief Justice Roberts to side with his more moderate-to-liberal colleagues may be fun, but it misses one salient point: except for the jurisdictional question (where the Court was unanimous) and the end result (the ACA survives), the Chief Justice, in fact, never sided with Justice Ginsburg and her colleagues on the left. Indeed, the Chief Justice came to his answer in a way anathematic to liberals and consistent with conservative legal theory of the past few decades.

As we discussed yesterday, the Court upheld the ACA as a legitimate exercise of Congress's taxing power, but 5 justices rejected the idea that the individual mandate was permissible under Congress's authority to regulate interstate commerce. How we get to a pro-ACA result may not worry some progressives, but it worries me.

Since the 1970s, conservative legal scholars and jurists have been trying to narrow the scope of federal interstate commerce power, which ballooned when the Court acceded to President Franklin Roosevelt's will and started upholding New Deal legislation. Before 1937, a conservative Court kept tossing out progressive legislation — a maximum hour in a workday law here, a minimum wage law there, even a public works program — as a violation of individuals' freedom to make their own contracts in a free market. Imagine what it would be like if laws like the ACA had been struck down every 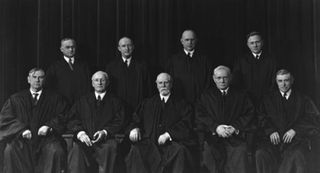 other month! Progressive legal scholars like Louis Brandeis and Felix Frankfurter rejected this intransigence. The judiciary, they said, should exercise restraint when it came to the will of the elected branches in passing social and economic legislation. After all, Congress's power to regulate interstate commerce gives it wide latitude. And, after the "court packing" scheme and FDR's appointments to the Court, there was very little that did not fall under interstate commerce — prices, wages, Social Security, health care, and many other areas too numerous to list. (In 1939, the Court had the beginnings of the New Deal majority) (left).

Yesterday's decision rejecting Congress's power to order Americans to buy health insurance under the Commerce Clause may further narrow the federal government's authority to pass social and economic legislation. Not buying health insurance clearly has an effect on interstate commerce, as Justice Ginsburg wrote in her concurrence/dissent. But, that effect was not enough to reach the threshold for the new Commerce Clause. In this way, the ACA decision was a victory for conservatives. They may have lost the battle on health care, but they are winning the war on the reach of federal power.

Progressives are cheering a "breath of fresh air," to use one congressman's phrase, from a conservative Court. Afraid the Court would reject the ACA, many on the left were anticipatorily decrying the conservative majority's "judicial activism" and demanding "judicial restraint." To my disappointment, even President Obama got into the act. But, after the pro-ACA decision came out, conservative commentators on FOX News challenged liberals: if you want the Court to respect the will of the people when it comes to health care, you have to accept it in other areas, like on DOMA and gay marriage.

That misleading argument only befits simpletons. Progressives can honestly argue for upholding the ACA and overturning DOMA while retaining intellectual integrity.

The ACA is a piece of economic legislation. DOMA discriminates against a traditionally unpopular group and does so without reason. Judges should consider those laws differently. On the one hand, long-settled precedent tells us that judges evaluate economic legislation passed pursuant to Congress's commerce power for a rational basis, the most permissive form of judicial review. The law must regulate activity that has a substantial effect on interstate commerce and be rationally connected to that effect. On the other hand, laws that classify on the basis of sexual orientation should receive, at a minimum, so-called "rational basis plus," or a more searching form of review. I agree with President Obama that state action that discriminates against gays should receive heightened scrutiny, but even if that argument never wins the day, DOMA must pass a tougher standard of review than the ACA.

And, that makes sense. The ACA is a legitimate exercise of some Congressional power. DOMA is not. DOMA was passed with little Congressional investigation, no hearings, and based on pure fear and homophobia. The Republicans' proffered rationales — promoting opposite-sex marriage, maintaining the status quo, protecting children — have nothing to do with DOMA's denial of federal benefits associated with existing same-sex marriages. It is hardly a jump to say that the ACA can stand while DOMA cannot.

The HIV-Positive Community Will Benefit, But Not Enough

The pre-ACA health insurance market largely failed the nearly 1.2 million Americans with HIV. Free to charge whatever they want, insurance companies extorted huge premiums out of applicants with HIV; free to deny coverage to those with pre-existing conditions, many companies simply said no to HIV-positive Americans; and, free to cap benefits, insurance providers stopped paying for life saving procedures and drugs when the costs got high. What’s more, the “patchwork of public programs,” according to Lambda Legal’s HIV Project Director Scott Schoettes, created a woefully inadequate safety net, leaving approximately 30 % of the HIV-positive population uninsured.

Many of the ACA's reforms will put an end to the debilitating discrimination that is exacting a staggering public health toll. But, by holding that the federal government cannot withhold all Medicaid funding from those states that refuse to reform their Medicaid programs in accordance with ACA reforms — thus, turning the Medicaid expansion into an optional program — thousands of Americans with HIV will still be left out in the cold. If Red States decline to expand Medicaid in their states out of some ideological intransigence, their HIV-positive citizens will suffer. Therefore, our lobbyists and allied lawmakers should work toward restoring the Medicaid expansion in some way, either through using a less onerous stick to ensure compliance or by expanding access to the program in other ways. Unfortunately, given the current Congress, both options seem unlikely.

As with most important legal decisions, there are multiple interpretations and multiple victors. Sebelius preserved the ACA, and that irks conservatives, but it did so in a way that should please conservatives in the long run. It also gut the ACA's Medicaid expansion, which will have deleterious effects on the HIV-positive community. But, these developments should not hide the facts that (a) the President's signature legislative achievement survives, and (b) upholding the ACA is very much consistent with a judicial philosophy that will strike down DOMA and other antigay laws.