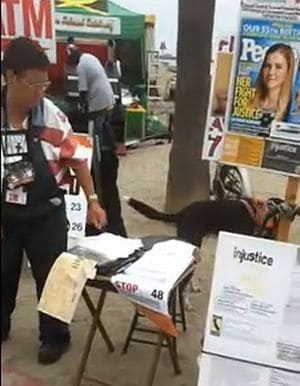 The second attempt to overturn by ballot initiative the law that requires California schools to teach LGBT history and cover the contributions of LGBT people in their curriculums has FAILED, the AP reports:

Pacific Justice Institute lawyer Kevin Snider said the Stop SB48 campaign did not gather enough signatures by Monday's deadline to put an initiative on the 2014 ballot that would exclude sexual minorities from the list of groups whose roles in history and social science schools must teach. Snider estimates that the all-volunteer petition circulating effort, which focused largely on churches, collected about 446,000 signatures out of the 504,760 required. The group's earlier attempt to put the gay history lesson law to a popular vote this year also did not qualify.