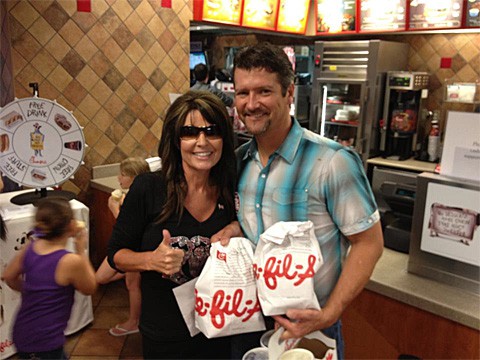 The controversy caused by Chick-fil-A COO Dan Cathy's interview, in which he said the company was "guilty as charged" for making large donations to anti-gay causes, has not been good for the restaurant's brand, GLAAD reports: 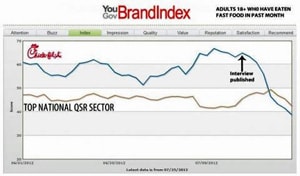 On July 16th, the day the Baptist Press published its Dan Cathy interview, Chick-Fil-A's Index score was 65, a very substantial 19 points above the Top National QSR Sector average score that day of 46.

Sarah Palin's feeling good about it though, as evidenced by this photo published to her Facebook page last night. Said Palin: "Stopped by Chick-fil-A in The Woodlands to support a great business."