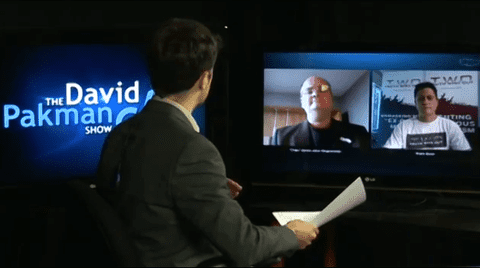 Progressive radio host David Pakman this week hosted former Navy Chaplain Gordon James Klingenschmitt, a man who says he can “cure” gay people, and activist Wayne Besen of Truth Wins Out, a group dedicated to fighting Klingenschmitt and others who prescribe “reparative therapy” for LGBT people.

As you may expect, sparks flew. After Klingenschmitt again claims he can “exorcise” same-sex desires, Besen calls the chaplain’s brand of Christianity “voodoo.” “It’s a cult-like, bizarre notion that has nothing to do with real religion,” he says.

Watch the exchange AFTER THE JUMP…