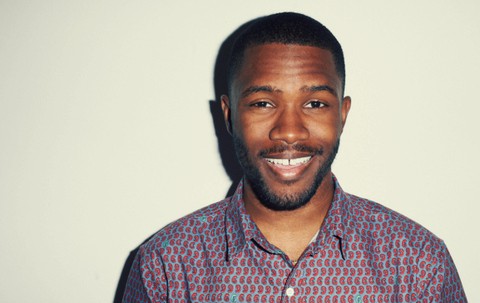 Frank Ocean's Channel Orange doesn't hit shelves until July 17th, but BBC radio's Max caught a listen and says that Ocean, a ghostwriter for Justin Bieber, Beyonce, John Legend and also a vocal talent in his own right, basically comes out. Instead of using "her" in love songs, he blatantly uses "him".

[Ocean] has been holding listening parties all over the world, most recently in London, and after giving Channel Orange a spin, BBC 1 radio personality Max reported back on lyrics that would seemingly out Ocean as gay.

"Frank has also opened up about his sexuality on the album, we think it's brave and admire him for being so honest and sharing such a personal aspect of his life through his music," Max said. "On the songs 'Bad Religion' 'Pink Matter and 'Forrest Gump' you can hear him sing about being in love and their are quite obvious words used like 'him' and not 'her.'

The site also notes that Bossip.com recently ran a blind item suggesting Frank Ocean was prepping for a coming out party.

There’s been plenty of speculation about this hot young r&b star’s sexuality, but most of it has been drowned out by the adoration by fans and famous alike. After keeping folks guessing in 2011, this soul singer will answer any questions about which team he’s swinging for with his upcoming musical release.

If this is indeed about Ocean and he is coming out, the 24-year old and his many famous friends, like Jay-Z and Kanye West, could become leading figures in combating homophobia in hip-hop. That is if Ocean chose to do so, of course.