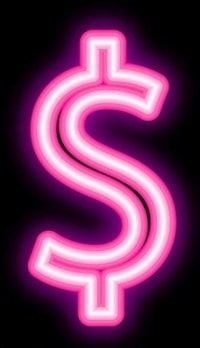 We all know the modern gay rights movement is a rather young endeavor. It's only been 43-years since the Stonewall Rebellion. But a key element to the movement's relatively rapid success, the open giving of political donations, is even younger.

It wasn't until 1989 that Human Rights Campaign started distributing the pink dollar, but even then most lawmakers turned them down.

When gays and lesbians started the Human Rights Campaign in the 1980s, they knew that the path to influence in Washington is paved with cash. Write a politician a check, and he's more likely to listen to you. The problem was that back then most politicians didn't want anything to do with gay people or their money.

"It was almost an embarrassment to be supported by the gay community," says Winnie Stachelberg, who used to work for HRC and is now with the liberal Center for American Progress.

Clearly times changed and soon politicians, mostly Democrats, realized the gay dollar was just as good as any other, and the dialogue began. So too did the progress.

Money flow and political action go hand-in-hand. If you need proof, look at President Obama's fundraising haul after announcing his support for marriage equality: "He took in nearly $9 million over three days, compared to $3.4 million in the three previous days, according to an NPR analysis of campaign filings with the Federal Election Commission."

We may find the answer soon. Christian Berle from the Log Cabin Republicans told Shapiro that a few senior GOP leaders are inching their way toward backing some LGBT rights. "We have been in conversations with a number of members who are looking to move in that direction," he said. "There's one [for whom] it's most likely a matter of months, not years."

If New York State is any indication, that person will reap the rewards: the four Republican lawmakers who voted for marriage equality in the Empire State soon saw a fundraising boom.