Yesterday, at the Global LGBT Workplace Summit in London, Google announced its new "Legalize Love" campaign, which intends to work with pro-gay grassroots organizations and small businesses in those countries where anti-gay laws are still on the books, and in which Google has a business interest. 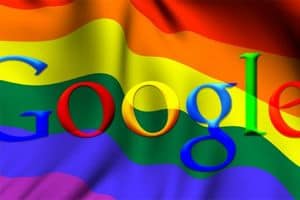 The "Legalize Love" campaign officially launches in Poland and Singapore on Saturday, July 7th. Google intends to eventually expand the initiative to every country where the company has an office, and will focus on places with homophobic cultures, where anti-gay laws exist.

Google's Mark Palmer-Edgecumbe outlined the initiative at a Global LGBT Workplace Summit in London earlier today. "We want our employees who are gay or lesbian or transgender to have the same experience outside the office as they do in the office. It is obviously a very ambitious piece of work.

Google acknowledges that the Legalize Love campaign isn't entirely altruistic. Google's Mark Palmer-Edgcumbe notes that the company has, on several occasions, wished to place a highly skilled gay employee in a particular country, but couldn't because of that country's anti-gay policies. Palmer-Edgcumbe singled out Singapore for special criticism:

Singapore wants to be a global financial center and world leader and we can push them on the fact that being a global center and a world leader means you have to treat all people the same, irrespective of their sexual orientation.