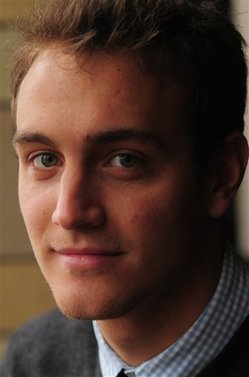 Armstrong accused Andrew Shirvell of defamation and causing him emotional distress on an anti-gay blog, in Facebook posts and during visits to the Ann Arbor campus.
…
Armstrong had offered to drop the lawsuit if Shirvell apologized.

Armstrong's suit also only asked for $25,000. Mr. Shirvell sure could have saved a lot of trouble and money if he had just offered some contrition instead of rattling on about "radical homosexual agendas" and how his blogs were a one-man "movement" to oust Armstrong.