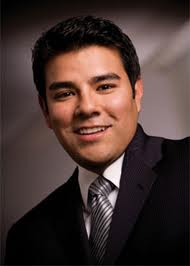 Opponents of the practice say such attempts to change sexual orientation can cause depression and lead to substance abuse and suicide. Several openly gay legislators championed the bill in emotional speeches during the floor debate, citing their own childhood experiences.

The Senate passed its version of the bill by a vote of 23-13 in May. Lawmakers must iron out minor differences in the two measures by Friday before a final bill makes its way to the desk of Democratic Governor Jerry Brown.

When the bill was first introduced into the Senate, there were additional provisions which would have required that adults undergoing SOCE to sign a state-mandated informed consent form, and it would have left therapists open to fines of $$5,000 or “actual damages, or statutory damages” if the client later determined that he or she had been harmed by the therapy or if the therapist had contravened California’s restrictions on SOCE. Due to objections form several mental health organizations, the state-mandated informed consent form was dropped, and the fines were eliminated in favor of a new clause which subjects the licensed therapist “to discipline by the licensing entity for that mental health provider.” The bill affects licensed therapists only. It does not effect religious-based ex-gay ministries or unlicensed pastors, counselors or self-described “life coaches.”

“We strongly urge Gov. Jerry Brown to sign this bill into law so the quacks can no longer abuse the kids,” said Truth Wins Out’s Executive Director Wayne Besen. “Each day that goes by without this bill becoming law is another opportunity for damaging therapy to psychologically scar LGBT youth.”