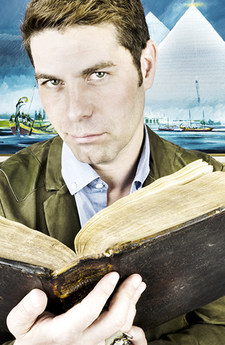 There's a silver lining in this story. The website LGBTQ Nation reports that Reno-based Fox Radio affiliate KKFT-FM fired long-time host Sean Savoy after he brought Dallas-based gay activist Will Kolb onto his "House of Savoy" program earlier this month.

According to Savoy and his producer, Eddie Floyd, station manager Jerry Evans didn't appreciate the positive things being said about gay people, so he just called the whole thing off. Savoy is displeased, to say the least.

"I have always appreciated the variety of viewpoints expressed on my program. To think I could be removed for having a conversation about the LGBT community in America baffles me. I have conducted a variety of interviews with a wide range of people over the past year, and yet this was the topic that got my show cancelled," he said.

"Mr. Evans and his company certainly have the right to control their opinion. But censoring any message that benefits the LGBT community is wrong and detracts from basic human rights. It means that he is gate keeping and not allowing the public to make their own informed decisions."

So, where is the silver lining? Well, Savoy, an ordained minister, has used the occasion to finally come out of the closet.

Savoy had not made the decision to come out until earlier this year, and said there was considerable “soul searching,” as well as intense discussions with his inner circle, including his family and his partner.

At the time he was sacked, Savoy acknowledged that he was still hiding the fact that he is gay.

Savoy added that while he lived as a straight man, he found himself desiring a much more fulfilling life that wasn’t based on deception and was true to his sexual orientation.

GLAAD is currently trying to raise attention to KKFT's actions, which organization president Herndon Graddick described as "blatant discrimination" that "[sends] a dangerous message that they believe LGBT people shouldn't be given voice or afforded basic respect."