Human Rights Campaign PResident Chad Griffin writes an op-ed in the Washington Post discussing the Corkins shooting and why the Family Research Council is labeled a hate group: 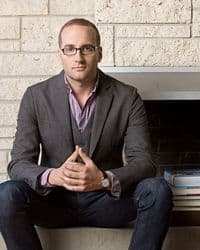 It is not unexpected that, when such incidents occur, people want to understand them and question why someone could be so callous with human life. But the logic that the Southern Poverty Law Center or LGBT organizations are to blame is preposterous, outrageous and irresponsible. No matter one’s political views, we can all agree that acts of violence are never justified and should always be condemned.

For a long list of FRC's hateful rhetoric, look HERE.

Griffin concludes: "We welcome the calls for reasoned discourse about LGBT equality. But that discussion must be predicated on truth, not demonization. No right-thinking person can believe a difference of opinion is license to do harm. At least on that, all of us can agree."

Meanwhile, the National Organization for Marriage is fundraising off the shooting, using the line: 'We're not going to allow gay activists to get away with attempted murder!'

Writes Jeremy Hooper: "He is seriously laying the attempted act of one crazed person at the feet of me, you, and anyone who debates on the side of civil marriage equality. That is not an overstatement. Brian Brown, National Organization For Marriage president (i.e. the man leading all four state ballot fights), just said "We're not going to allow gay activists to get away with attempted murder!" as if that is what "gay activists™" want/seek. His attempted conflation is as obvious as it is dangerous and it is outrageous! Oh, and by the way Brian—virtually every LGBT activist I know is either fine with or insistent that Floyd Corkins' act of violence be investigated as a hate crime! Remember, we are the ones who argued in favor of bias-motivated crimes being investigated for what they are. FRC is the organization that vehemently opposed the idea!"