Buzzfeed reports on "a sweeping decision" from the Department of Health and Human Services: 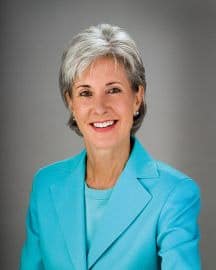 In response to a letter sent by a dozen LGBT health and advocacy organizations to HHS Secretary Kathleen Sebelius in June, Leon Rodriguez — the director of HHS's Office for Civil Rights — wrote on July 12 HHS considers discrimination based on "gender identity or failure to conform to stereotypical notions of masculinity or femininity" in federal health programs or activities receiving funding under Affordable Care Act-covered programs to be illegal.

In the letter, obtained by BuzzFeed, Rodriguez agreed with the groups' assessment that the prohibition on sex discrimination in Obama's health care law prohibited discrimination against transgender people and stated that his office would investigate any complaints of such discrimination.

Referring to a recent survey, National Center for Transgender Equality executive director Mara Keisling told BuzzFeed that 20 percent of transgender people report being turned away from a health-care provider for being transgender.