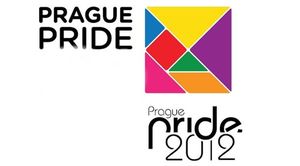 Tomorrow, Czechs will celebrate Pride in Prague, and the US State Department's helping. Exactly what the State Department's up to is difficult to know without reading Czech, but the US Embassy is, at the very least, promoting Pride like mad on its website.

The embassy is very clear on why it's gotten involved:

Prague Pride Festival will focus on the topic of minorities within the LGBT community. The main goal of this Festival is to address discriminatory behavior based on sexual orientation and to promote a tolerant civil society and equal opportunities in the Czech Republic.

Still, some Americans are upset. Elite homophobes of the United States and elsewhere have come together to protest with a very angry letter:

We the undersigned pro-family and pro-life leaders vigorously protest the participation of the United States Embassy in the Czech Republic in a so-called gay-pride parade which will take place on August 18.

As representatives of the international pro-family movement, we note the following:

The full list of complaints is tediously long, but includes:

At the directive of the president of the United States, Washington is aggressively promoting the “gay’’ agenda internationally, including same-sex “marriage” and the stigmatization and marginalization of any who object to the same.

The United Nations Universal Declaration of Human Rights (adopted by the General Assembly on December 10, 1948) provides that “Men and women of full age, without any limitation due to race, nationality or religion, have the right to marry and to found a family.”

The Madrid Declaration of World Congress of Families VI (May 25-27, 2012) — which was unanimously adopted by more than 3,200 delegates from 72 countries — provides, in part: “We affirm the natural family to be the union of a man and a woman through marriage for the purposes of sharing love and joy, propagating children, providing their moral education, building a vital home economy, offering security in times of trouble, and binding the generations.”

(This is an odd thing to mention, because the World Congress of Families, an international collection of anti-science, hyper-religious wackadoos, has no authority over anything but itself.)

We can not imagine a worse form of cultural imperialism than Washington trying to force approval of the “gay” agenda on societies with traditional values.

The letter also includes a shout-out to Czech gayhater Michal Semin, who asserts on his webpage that the site of the first-ever Pride celebration was ancient Sodom.