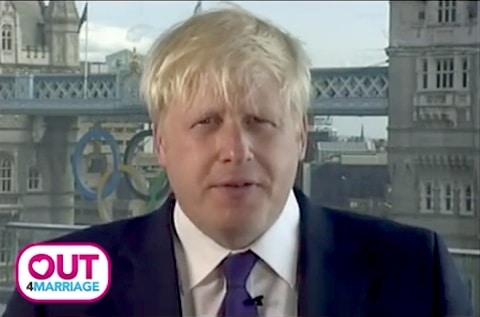 London Mayor Boris Johnson, who cheered us all up in late July with at a pre-Olympics pep rally attended by thousands in which he mocked Mitt Romney, appears in a new video discussing his support for marriage equality.

"Hi folks, I’m Boris Johnson, I’m Mayor of London. One of the amazing things about London is that it’s not only got a declining crime rate, declining murder rate, more theatres than New York, less rainfall than Rome but it’s also one of the few places in the country where the rate of marriage is actually increasing and I see absolutely no reason why that happy state should be denied to anybody in our country. And that’s why I’m supporting the Out4Marriage campaign."