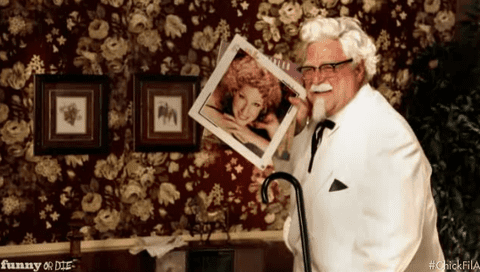 Why, in the 140 years he’s been on this planet, the Colonel has never hurt a gay — in fact he may even be gay, he says! He does after all enjoy the company of men and tapping his fictionalized toe to Bette Midler. So, unlike Chick-fil-A, KFC is opening their arms for the gays to feast on their legs. Some participating locations are even putting a table dancing mandate into place!

Watch Goodman’s send-up AFTER THE JUMP.