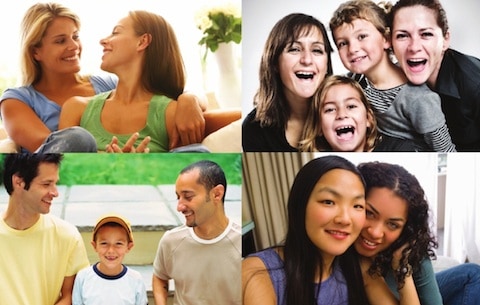 Visitors to the Republican National Convention may catch a full page ad taken out by  Young Conservatives for the Freedom to Marry and Log Cabin Republicans on Wednesday if they're reading the Tampa Tribune, LCR reports:

The full-page color ad, featuring photos of same-sex couples and their families, emphasizes that the freedom to marry is fully consistent with principles valued by conservatives: freedom, personal responsibility, and the importance of family. The ad comes in the wake of the party's extreme stance on marriage in its draft platform, which includes support for a federal constitutional amendment banning the freedom to marry for same-sex couples.  Tony Perkins, the president of the anti-gay Family Research Council, authored the marriage plank, which is expected to be ratified at the convention.

"Gay or straight, Republicans are united in the belief that strong families are critical to a free society," said R. Clarke Cooper, Executive Director of the Log Cabin Republicans. "As fellow conservatives, Log Cabin Republicans actually agree with Tony Perkins about the importance of family values. The difference is, we believe that the freedom to marry is directly in line with the core ideals and principles of the Republican Party – less government, more individual freedom, personal responsibility and the importance of family."

Check the full ad out, AFTER THE JUMP…

Previous Post: « ‘No to Homophobia’ Ads to Air in Australia: VIDEO
Next Post: Dragapella Group The Kinsey Sicks Agrees with Todd Akin’s Statements About Rape: VIDEO »