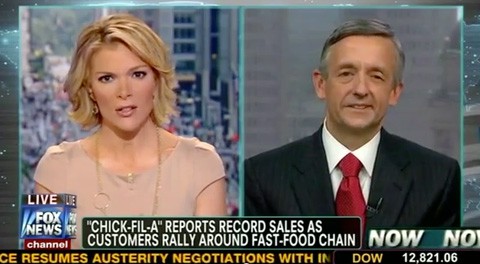 “This country has a long history of discrimination against certain groups. Eventually we wind up getting it right. Right? Against women, against blacks, the civil rights movement and so on. And in justifying that discrimination when it was in place, some folks turn to the Bible and turn to their religious beliefs and said we have to have slavery because it’s in the Bible. Women have to be second-class citizens because that’s in the Bible. Blacks and whites can’t get married because that’s in the Bible. That wound up in a case. A judge wrote that in an opinion, which the Supreme Court ultimately struck that down, saying that’s not right, judge—the Equal Protection clause says you can't do that. Why is gay marriage any different?”