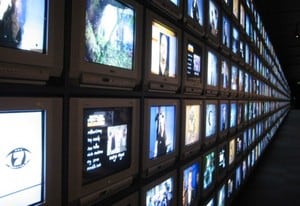 A new survey from Pew Research Center shows that the "believability ratings" — based on a four point scale in which high means "all or most" of the information is accepted, while the low side is "almost nothing"  — for all news outlets continues to decline, though local news still ranks as most "believable":

There are partisan differences in the findings, as well. While both Republicans and Democrats are less likely to take news at face value, Republicans, unsurprisingly, have more faith in Fox News and local news, while Democrats prefer almost all news except Fox News.