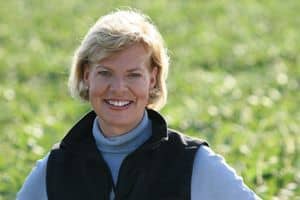 She is a champion of women’s rights, LGBT equality, and fights for poor and middle class Americans. And, she is under attack from anti-women, anti-choice, and anti-equality forces.

That’s why we, the LPAC Advisory Board, are offering up a $50,000 match challenge to you all, our Team LPAC supporters. Why? Because this race is hugely important to all of us.

Today Tammy’s opponents, four anti-gay, anti-choice men, are duking it out in the Republican primary to see who can be the most extreme. Tomorrow morning, Tammy will have a challenger, who will be able to spend 100% of his energy attacking her. Secret groups funded by the Koch brothers, the US Chamber of Commerce, and Karl Rove have already spent millions of dollars attacking Tammy. Because she stands up for women. Because she believes in economic justice. Because she’s a lesbian.

And she’s still standing strong. Polls are showing that she is in a dead heat against all her potential far-right opponents. Not only would Tammy’s win be a win for lesbians, for women, but for all fair, equality-minded Americans. This is must-hold seat for the pro-women Senate Democrats to keep control. In Washington, D.C., in state legislatures, and through ballot initiatives across the country, women’s rights are being taken away every day. Tammy’s voice and votes in the Senate will be instrumental in stopping this onslaught of attacks against women. 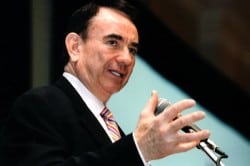 Chris Johnson at the Washington Blade writes about the four candidates vying to face Baldwin in today's primary:

The exception is Thompson, who stopped short of backing a Federal Marriage Amendment, but said he supports the Defense of Marriage Act. Thompson also said he opposes workplace discrimination, but hasn’t announced support for the Employment Non-Discrimination Act.

The latest polls give the lead to Hovde, a relative newcomer to the race who’s spent millions of his own money. According to a Public Policy Poll published Friday, Hovde leads with 27 percent support, followed by Thompson at 25, Neumann at 24 and Fitzgerald at 15.

Previous Post: « Anonymous Donor Puts National Gay and Lesbian Task Force in Midst of Maryland Gambling Battle
Next Post: If Ever Oh Ever a Wiz There Was: VIDEO »