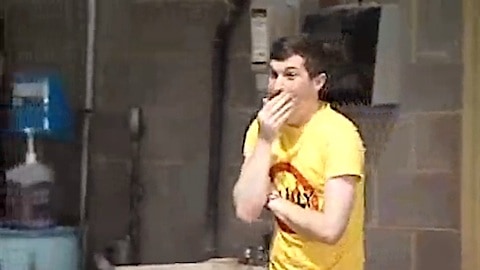 Jordan Addison told WDBJ-TV that his car was vandalized four times between March and May of this year and that someone even keyed “die” into the side of the vehicle because he is gay.

Addison said the lowest estimate he received to fix the car was $2,500, but that he just couldn’t afford to repair it. Some Roanoke businesses heard what happened and pitched in to fix the damage for free.

“Once I saw the vandalism that was done to it I said that’s uncalled for we’re gonna fix your car that’s the least we can do,” said Quality Auto Paint and Body’s Richard Henegar Jr.

The auto body shop repainted the car and even added in $10,000 worth of extras for Addison.

Video may take a few moments to load…

Previous Post: « Rep. Todd Akin Says He’ll Continue Senate Bid: AUDIO
Next Post: In Case You Were Confused About Who Mitt Romney Is, What He Values, and Why He’s Running: VIDEO »