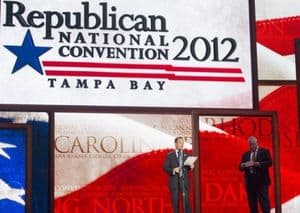 The manifestos produced by our political parties every four years are supposed to express the groups' deepest beliefs, the values that bind their disparate elements together, and the policy prescriptions they hope will fix whatever they happen to think is wrong with America. Of course, anyone from a presidential candidate to a senator to the guy running for sanitation manager in Anytown, USA, can renounce the document or make political hay out of a particular disagreement. But, a party's platform through the years gives us a window into the party's trend: how has it changed? what will it look like in 20 years? And, in the case of the Republican Party, is it still the "Party of Lincoln"? Or, is it the Party of Nixon? William Howard Taft? or Tony Perkins?

My review of the Republican Party platforms since the Eisenhower Administration suggests what we all know to be true: the Republican Party has transformed itself from a moderate, business-oriented mainstream political group into a wealthy-oriented bloc driven by religion, hostile to science and defiant of social progress. Even if Mitt Romney believes that an abortion ban should have exceptions for rape, incest, and emergency health, the party he represents and wants to bring to power does not. More importantly, his party has hardened its stance on a plethora of issues over the years — from environmental protection to Medicare to social issues. So, when commentators suggest that social forces and generational shifts will bring the Republican Party toward support for gay rights and marriage recognition, its history suggests nothing of the sort. The Party has turned right – far right – in the past 50 years. It will need more than passive generational evolution to bring it back to reality. 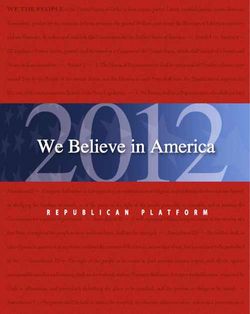 In Eisenhower's time, the Republican Party accepted the reality of the New Deal and the so-called "welfare state," affirming its plan to preserve the Roosevelt Revolution while going even further. When Governor Dewey ran against President Truman, the Republican Party ran on a plan to improve environmental protections, a promise that President Nixon lived up to when he created the Environmental Protection Agency and gave it significant power.

References to God did not pop up in the Republican platform until the 1970s. Ditto for abortion, which was at first the subject of debate in the party. The Republican Party has a long anti-choice history, but in its 1976 platform, it recognized the deeply held beliefs of its members without making an explicit statement on the issue. Today, the platform refuses to recognize even an exception to its strict anti-choice plank for rape. Of course it doesn't: Its 2012 vice presidential candidate, Paul Ryan, recently said that rape is just "another method of conception."

The most striking thing about Republican Party platforms of the last fifty years is their utter sameness since 1992. These documents used to reflect social changes and historical developments, but since the rise to power of the religious right, the platform has become a statement of immutable principles with no respect for changing times. It reads more like a religious text than a political statement. Abortion, gays, the welfare state have always been bad, and Democrats have always liked all of it.

Climate science hasn't existed in the Republican Party since 1992. Neither has math, as evidenced by the promise to cut taxes and bloat federal expenditures on the military. God is the most important figure in the document, not the Constitution. Laws should be based on religion-infused interpretations of the Constitution as it was ratified in 1789, which is especially odd since most of the Framers were deists or publicly renounced God and religion in public life. It's bad enough to construct your party around the implication that the world has not changed since 1992, but the modern Republican Party seems to think the world has stood still since the 18th Century.

Many of us know all this, not because we sit at our desks geeking out over GOP platforms since America wanted to Keep Cool with Cal (Calvin Coolidge, that is), but because even though party platforms are just documents filled with words that many politicians reject, they nevertheless reflect the zeitgeist of the party, where it's been, and where it's going.

And the Republican Party is going nowhere.

We should not fall victim to the canard, offered most recently by Republican apologists at Fox News, that the platform is meaningless. If it were, why write it? It may have no legal effect, but if it's just words, why do party factions fight over it? The Democratic Party platform has changed over the years to express its support for civil rights, for women's rights, for gay rights, and even for full equality for gays wishing to marry. It has changed its tune on taxes, especially from the Mondale years, adapted when the New Deal era had to end, and moved with the American people on "Don't Ask, Don't Tell," health care, and a host of other laws. As a party for gay Americans, the Democratic Party may not be perfect, but it's doing fine.

Regardless of our political views, we should want the Republican Party to be a welcoming home for gay Americans, too. Gay equality should be settled law like it is in Great Britain. Some Log Cabin Republicans and members of GOProud may believe that is already the case, but many of us do not. Here is where law can bring us together. As I have argued before, law does not exist in a vacuum. It sometimes reflects, but often affects and changes, public opinion. Appellate court and Supreme Court decisions have expressive benefits, speaking for our national values and becoming part of the background and context of society. If we win enough legal battles, therefore, the Republican Party will have to change its tune.

The Log Cabin Republicans deserve credit for bringing the last federal challenge to Don't Ask, Don't Tell (DADT), captioned, Log Cabin Republicans v. United States. If you recall, that case brought together several Log Cabiners as representative of all those injured due to DADT's discrimination. Log Cabin challenged the law as unconstitutional on its face, meaning that no matter how you interpret it, no matter to whom its applied, no matter when it was written, it is, was, and always will be unconstitutional. The district court's favorable decision put an end to DADT for a few days, but it likely hastened the ultimately successful legislative repeal process by giving the military brass a stark choice: either unwind DADT at your own pace with the Democrats' Repeal Act or do it tomorrow by court order. Notably, repeal would never have happened had the Democratic Party not won control of Congress and the White House.

High profile Republicans are taking leadership roles in the quest for marriage freedom. Ted Olson had been a vigorous advocate in court (in the Perry case challenging California's Prop 8), in public, and behind the scenes, often taking time to speak to conservative colleagues and donors about why the marriage fight means so much to him. There are Republicans on the boards of directors of several pro-marriage freedom organizations, including the American Foundation for Equal Rights and other groups. Evan Wolfson's organization, Freedom to Marry, has worked with and coordinated messaging with gay Republicans, libertarian groups, and faith organizations in the hopes of winning hearts and minds across the country and in Maine, Minnesota, Maryland, and Washington.

Despite their platform, Republicans and conservatives should be our allies in the legal quest for marriage rights. Let Tony Perkins and his allies win the platform battles. Fair-minded Republicans can join with us to win the battles that count.