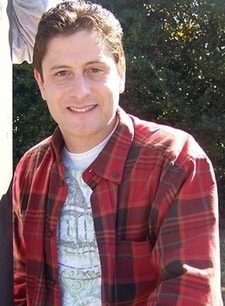 Wayne Besen's response to the right's crusade against Fox News and Bill O'Reilly for booking the LGBT activist is worth a read or two.

In it, Besen skillfully and calmly picks apart the argument that Besen's "demonizing" the conservative movement and that he's inciting violence.

"It was quite revealing that these activists would falsely accuse me of
“demonizing conservative organizations and individuals” while asking
their supporters to write to them at the e-mail address:
WackyWayne666@hotmail.com," Besen writes, reminding readers that 666 is, to some, a sign of the beast. The implication is that Besen, or at least his inbox, is associated with Satan.

He goes on: "The [conservative group's] press release ends with the signers saying: 'words have
consequences. Yes, they do. And Besen’s may lead to violence.' There
appears to be a serious disconnect when these activists make such
unverifiable claims but are unable to comprehend that equating LGBT
advocates with the devil might place them and their families at an
elevated risk."

Besen also says "it is rich to see these alleged defenders of liberty and freedom begging
FOX to censor a point of view in which they find objectionable" and thanks Bill O'Reilly for his support. Even though the men don't always agree, Besen says their discussions are always rational and respectful.

I’d like to thank Bill O’Reilly and his producers for ignoring these
fringe elements. Bill has invited me on periodically as a guest for more
than a decade. While Bill and I have rarely agreed on the air, our
exchanges have consistently been reasonable, rational, and respectful.
Perhaps, this is why I have been invited back time and again.

I applaud
Bill and his staff for thinking for themselves and not being intimidated
by activists who are well known for an ignoble history of indecency and
intolerance. A motley crew that has sullied the nation’s discourse and
lowered the tenor of the debate in America.

Incredible. Read the rest at Truth Wins Out.