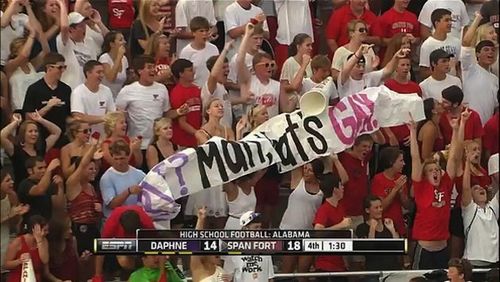 An Alabama state title high school football team between Daphne and Spanish Fort was televised on ESPN over the weekend, as was a banner hoisted up by Spanish Fort students to mock the other team's colors:

Another banner mocked the fact that Daphne is a "girl's name".