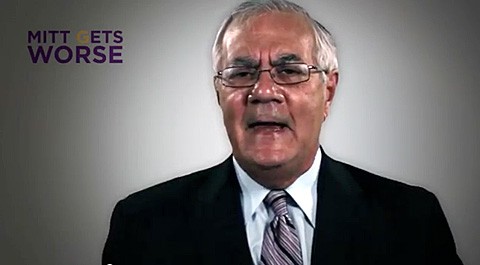 In a new video for the 'Mitt Gets Worse' campaign, Congressman Barney Frank (D-MA) discusses Mitt Romney's non-record on LGBT rights as Governor of Massachusetts.

“I don’t really know that Mitt Romney dislikes gay people. [But he is] consumed by ambition and willing to trash minority groups and appeal to prejudice against them for political advancement.”

Writes the Mitt Gets Worse campaign:

Says Frank: "He has never been in favor of any legislation or executive order that would advance our rights. Zero. None."