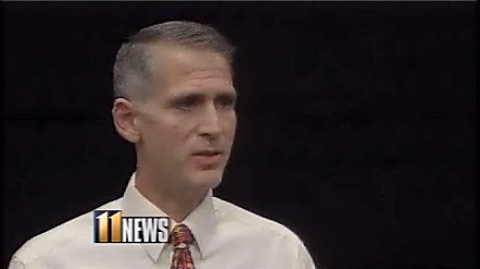 Greg Bourke was forced to resign as a Boy Scout Leader in August after evealing to the Kentucky based Boy Scout Council that he is gay. He's now petitioning to be reinstated, WHAS reports:

"I would like to see the Lincoln heritage Council of Louisville Kentucky do the same thing. It would be a very brave thing to do, A scout is supposed to be brave. So I would challenge them to do that," said Bourke.

Already he has 2,500 signatures and from parents, community leaders and scouts…

Watch Bourke speak to WHAS, AFTER THE JUMP…

Writes Bourke in his petition:

In August 2012, the Lincoln Heritage Council and Boy Scouts of America forced me (Greg Bourke) to resign my position as Assistant Scoutmaster with Troop 325 in Louisville, KY. Despite five years of dedicated service to my troop, district, council and the BSA, it was determined that I had to go because I admitted that I was gay and as a result LHC said I "did not meet its membership requirements."

I received unanimous support from my Troop, Troop Committee, Church, Scouts, Scout Leaders and Scout Parents. The local newspaper published both a news article and an editorial showcasing the discrimination I suffered at the hands of the Lincoln Heritage Council and the BSA. Last week, I received a special "Legislative Citation" from the State of Kentucky House of Representatives honoring me and my dedication to Scouting and service to my community. 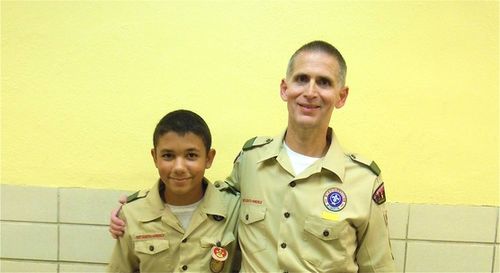