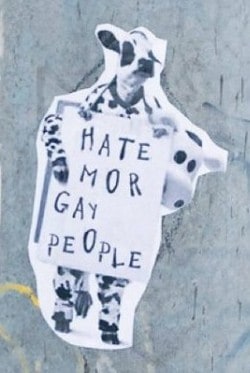 Chicago Alderman Joe Moreno is confused, and rightfully so.

"[That tweet], at the least, muddied the progress we had made with Chick-fil-A and, at the worst, contradicted the documents and promises Chick-fil-A made to me and the community earlier this month."

[Moreno] said the executives confirmed to him that both the foundation and the company in 2012 has not given money and will not give money to those groups.

"I am simply asking Mr. Cathy to confirm statements and documents that HIS company executives provided to me," Moreno said in a written statement, capitalizing "his" for emphasis.

"It's pretty simple, Mr. Cathy. Do you acknowledge and support the policies that your executives outlined to me in writing or do you not? Yes or no?" the statement added.

Chick-fil-A's offices are closed today, so we'll have to wait until tomorrow for a comment, and then probably another day before Cathy totally contradicts it.