Nine climbers are dead and six are missing after an avalanche in Nepal. 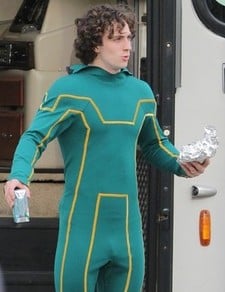 Aaron Taylor-Johnson looks ready for action on the Kick-Ass 2 set.

Canadian Foreign Minister John Baird this weekend vowed to "stand up to the violent mobs that seek to criminalize homosexuality".

Happy 50th birthday to The Jetsons!

San Franciscans are mentally preparing for anti-gay, drunk-driving, Prop 8-advocating Archbishop-designate Salvatore Cordileone to take his seat at the head of the Catholic table there. A taste of Cordileone's homophobic rhetoric: "If we misuse the gift of sexuality, we're going to suffer the
consequences, and I firmly believe we are suffering the
consequences."

Australia's The Purchas Cup brought gay rugby players from Sydney, Melbourne and Brisbane together for the very first time… That could be the opening of a skin flick.

David Twede, an editor at MormonThink who has been critical of Mitt Romney's presidential candidacy, says he now faces excommunication from the LDS. 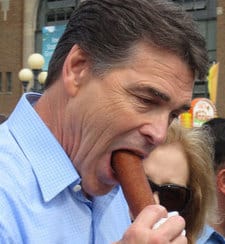 Rick Perry's campaign threatened to sue the Huffington Post if it ran a story about gay rumors that have long plagued the failed Republican presidential candidate. "[Aide Ted Delisi] said
Perry would be owning a big chunk of AOL, the publicly traded company
that owns HuffPo, if this came out. Ted seemed kind of pissed off at the
media in general, saying that standards had obviously declined if this
is what passes for news these days. Ted was clear that he thought the
story was complete hogwash."

The owner of a Portland bar is being investigated for allegedly kicking out an LGBT performance troupe and their friends. One piece of evidence is a voicemail he left in which he blamed cross-dressing or transitioned customers for hurting his business: "People think that A: We're a tranny bar, or B: We're a gay bar. We are neither.
People are not coming in because they just don't want to be here on a
Friday night now." 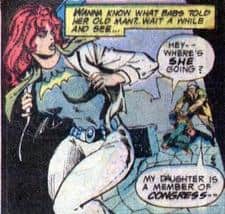 These super-heroes have also been politicians. Didn't anyone note that Superman is an alien?

Billie Joe Armstrong from Green Day has checked into rehab after having a breakdown during a Las Vegas performance this weekend.

Expect conservatives to start griping about how the Broward County School District in Florida is "encouraging" students to celebrate LGBT history month. Glenn Beck's The Blaze is getting the party started.