The Obama administration is following up on a commitment it made in 2011 to provide greater protections for gays in immigration deportation cases, Immigration Equality reports: 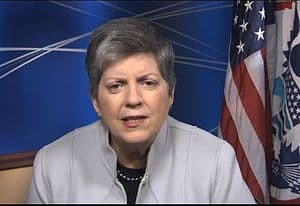 In the June 2011 memo from Director Morton, the Department of Homeland
Security spelled out factors ICE officers should consider when deciding
which immigration cases are classified as “low priority” for removal.
Those guidelines included family ties to a U.S. citizen. DHS stated
verbally in August of last year that it intended for the “family”
guidelines to be LGBT-inclusive, but it had not previously distributed
written guidance codifying that intent to field offices.  In a letter
yesterday to the 84 Members of Congress who demanded written guidelines,
the Administration said it intends to do so.

The new written directive, which was announced in response to a Congressional letter spearheaded by Minority Leader Nancy Pelosi (D-CA) and Congressman Jerrold Nadler (D-NY), marks one of the very first times LGBT families have been recognized within federal immigration policies. The guidelines, which are expected to be distributed soon to field offices across the country, will instruct officers and field agents to recognize LGBT families for purposes of relief as defined by a June 2011 memo from Immigration and Customs Enforcement Director John Morton.

Said Rachel B. Tiven, executive director of Immigration Equality: “This is a huge step forward. Until now, LGBT families and their lawyers had nothing to rely on but an oral promise that prosecutorial discretion would include all families. Today, DHS has responded to Congress and made that promise real. The Administration’s written guidance will help families facing separation and the field officers who are reviewing their cases.”

Washington Blade has posted a copy of the letter.

Chris Johnson has more, and reports on a statement in response from Rep. Mike Honda, one of those who signed the Congressional letter referenced above:

In a statement, Honda called the announcement from Napolitano “promising news” that came about as a result of collaboration between LGBT activists and lawmakers.

“After many conversations with President Obama’s administration, a strong push by the LGBT community, and with the help of my colleagues, Secretary Napolitano has announced that she will disseminate written guidance to immigration authorities that confirms the interpretation of the phrase ‘family relationships’ to include LGBT relationships — specifically the relationships of immigrants in same-sex marriages and partnerships with U.S. citizens,” Honda said.

But Honda added advocates should continue pressing for immigration reform because “current immigration laws are tearing families apart and separating American citizens from their loves ones.” In the case of same-sex couples, gay Americans are still unable to sponsor their foreign same-sex partners for residency in the United States — regardless of whether these couples are married or otherwise.