Yesterday, news spread of a fundraiser hosted by former RNC Chair Ken Mehlman and a celebrity-studded committee at Mehlman's Chelsea, NYC apartment for national marriage equality organization Freedom to Marry. The invitation, which you can look at AFTER THE JUMP, was posted by Chris Geidner at Buzzfeed. 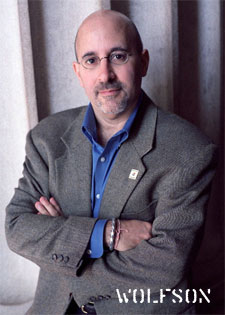 What was not noted by the Buzzfeed article was that, for the first time, Maryland is one of Freedom to Marry's beneficiaries and appears to now be on their agenda. That Maryland is back on the group's radar is good news, of course, showing that recent polls (showing a 53% approval, 38-39% opposition) have bolstered the confidence of advocacy groups and LGBT supporters that a marriage equality measure (along with perhaps several others) can succeed at the ballot.

Clearly, [founder and president Evan] Wolfson lacks confidence in the coalition, led by the Human Rights Campaign, and implies here that there isn’t “sufficient groundwork and investment” to preserve the law. The anti-gay National Organization for Marriage predictably pounced on Wolfson’s remarks as evidence that the law lacks support.

Naff noted that bloggers were expressing dismay about the group's non-inclusion of Maryland and lack of support for the North Carolina  campaign against Amendment One.

This morning, asked about the group's addition of Maryland to its agenda, Freedom to Marry's Evan Wolfson told me, "I have always believed we could win in Maryland, provided those in the lead there this round did the work and used the time effectively."

"Our drive and focus and hard work between March and now enabled Freedom to Marry first to raise and then invest more than $3 million so far in key battleground states," he added, "becoming the major national fundraiser for three of the campaigns (Maine, Washington, and Minnesota), even as we looked to others, notably HRC, to take the lead in Maryland.  Our focus and push has given those states unprecedented early money (the most valuable), enabling them to lock in TV air time before prices escalate, and otherwise make the case to voters."

Finally, Wolfson laid out the group's plans for the remainder of the year:

"Building on the help we've quietly been providing Maryland all along, as well as our lead role on the three others, we again wanted to send a call to action that everyone should step up and do what we all can to win in all 4 states.  Having earlier this year worked to pave a pathway for the president, secure a freedom to marry plank in the Democratic platform, and launch Young Conservatives for the Freedom to Marry, overcoming the ballot-measure barrier is now our remaining 2012 top priority as we look to tee up a big 2013, with more states to win and the need to create a climate of empowerment as the Supreme Court potentially hears one or more marriage-related cases."

The invite for next month's fundraiser, AFTER THE JUMP…