Some black American clergy, unhappy with Mitt Romney's Mormonism and Barack Obama's affection for gays, are telling their congregations to stay home on election day.

On the bright side, Michelle Bachmann is poised to lose her House seat.

Bryan Fischer and co-crazies on why Mitt Romney's tanking: 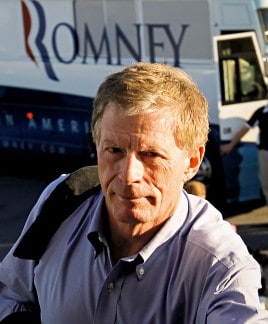 What if Mitt Romney actually manages to blow this election? The Values
Voters will never say that he failed to win the center, because they
won’t believe it. They’ll say that he never drew the contrast between
what Obama was doing to America and how he and Paul Ryan, specifically,
would fix it. They’ll say that this left evangelical voters—few of whom
liked Romney in the first placed—disengaged.

(Or maybe Mitt's tanking because his campaign's staff can't stand the man running it?)

A message in a bottle, adrift for 98 years, has been found by a Scottish fisherman.

How the NYPD wished Occupy a happy birthday:

At least a dozen Occupy Wall Street protesters were arrested yesterday evening during a march from Washington Square Park to Zuccotti Park, as police repeatedly "plunged" into the group to detain people on the sidewalk …

Ayatollah Hassan Sanei is for some reason blaming novelist Salman Rushdie for the film Innocence of Muslims, and has demanded somebody finally carry out a decades-old fatwah:

It [the film] won't be the last insulting act as long as Imam Khomeini's
historic order on executing the blasphemous Salman Rushdie is not
carried out. If the imam's order was carried out, the further insults in
the form of caricatures, articles and films would not have taken place.
The impertinence of the grudge-filled enemies of Islam, which is
occurring under the flag of the Great Satan, America and the racist
Zionists, can only be blocked by the absolute administration of this
Islamic order.

Tarek Masoud explains one of the reasons the Muslim world is so uncalm.

Two of the Republican New York State senators who supported Gov. Cuomo's push for marriage equaluty last year will have to wait a week to learn whether they've fended off their anti-gay primary challengers: 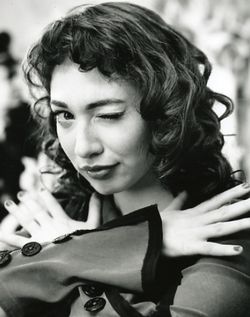 As the absentee ballots continued to trickle in to county election
offices on Friday, Mr. Saland remained unsure of his political future. So did Senator Roy J. McDonald of the capital region, a Republican who
also voted for same-sex marriage and who ended primary night in a
contest that was too close to call …

“The bottom line is I have no regrets, and I make no apologies,” Mr.
Saland said in an interview …

Personal note: A magazine has offered me an absolutely un-turn-downable opportunity to do some long-form journalism, and I'm moving on. Thanks to Andy for trusting me with part-time custody of his extroardinary website, and thanks so much to all of you for making Towleroad an endlessly interesting place to blog. Be well.