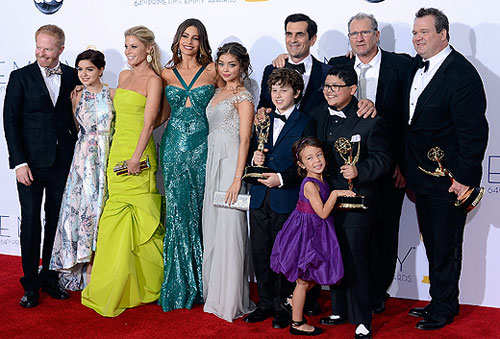 Showtime’s Homeland and ABC’s Modern Family were the big winners at the Primetime Emmy Awards last night, taking home the comedy and drama honors for their series and actors, including Claire Danes, Damian Lewis, Julie Bowen and Eric Stonestreet, the actor who plays gay Cam on the ABC comedy.

Julianne Moore also grabbed the spotlight after winning for her portrayal of Sarah Palin in Game Change, while Louis CK stayed humble after taking home the best comedy prize for his eponymous FX series and Aaron Paul again was honored for his role on Breaking Bad.

This was all well and good, but two other characters, one real and one imagined, were also on display last night, at one point crossing paths in a pre-recorded skit: Chick-fil-A and little adopted Lily from Modern Family.

Chick-fil-A first figured into host Jimmy Kimmel’s opening act, in which the late night talker said that watching Downton Abbey gives viewers a good idea of what it’s like to live in Mitt Romney’s house and later remarked, “Being a Republican in Hollywood is like being a Chick-Fil-A sandwich on the snack table at ‘Glee.'”

The franchise, stained by CEO Dan Cathy’s homophobic remarks and its funding of conservative agendas, was also later used as a plot point to convince us all that Lily, played by 5-year old acting genius Aubrey Anderson-Emmons, is actually a diva monster from hell, one that flaunts her callous fast-food choices. 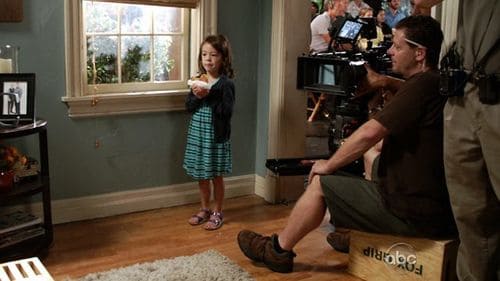 “Did you get that where I think you got it?” recently engaged co-star Jesse Tyler Ferguson asks of her chicken sandwich lunch, to which Lily replies, perfectly, “Yup. This is what I’m going to eat at my wedding. What are you going to eat at your wedding?”

Another fun moment: Ellen DeGeneres giving him the pants off her legs. You can watch clips from those bits, as well as see a complete list of the winners AFTER THE JUMP.