Sydney doctor Mark Craddock has been "found guilty of unsatisfactory processional conduct" and reprimanded as well as restricted to the field of radiology after prescribing a "chemical castration" to a teen in order to "cure" him of being gay, AFP reports: 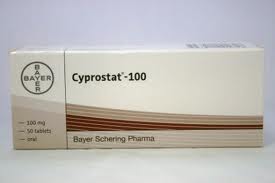 Both men were at the time members of the Exclusive Brethren, a
conservative Christian group whose members shun television, radio, and
the Internet and do not vote.

In a letter of complaint to the
commission, the patient wrote that he came out as gay at the age of 18
and was informed by a church leader, "There's medication you can go on
for these things."

The patient then consulted Craddock.

The
commission argued that during the consultation the doctor did not
provide appropriate medical management of the patient's needs by failing
to physically examine him or take a medical history.

He also failed to refer him to a counsellor or psychologist.

Craddock
instead prescribed cyprostat, a drug used to treat prostate cancer and
manage sexual deviation by reducing testosterone, in circumstances which
were not clinically indicated, the commission alleged.

One wonders why licenses aren't completely revoked in these situations.