Lady Gaga is back to donning garish outfits and parading herself around London. 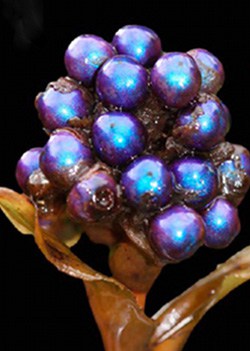 The shiniest living thing on the planet.

The xx gave one fan a copy of their album in order to track its spread, which you can see here, around the globe.

David Mixner has five questions for Jake Shears: "Everyone thinks I'm naked all the time or something. In fact the funny thing is, I cant really stand it when someone is totally naked. I find it a real turn off. I've only really gotten momentarily naked in front of an audience probably 3 times. That is if you don't count my balls falling out of my Calvin's that one time in Paris."

Reykjavík Mayor Jón Gnarr writes to Moscow Mayor Sergey Sobyanin urging him to reconsider ban on Gay Pride marches: "In the letter, Jón writes that Reykjavík's Gay Pride festival has had a positive impact on the city's image and on the attitude of the public towards the LBGT (lesbian, gay, bisexual and transsexual) community and is now one of the city's biggest festivals, mbl.is reports."

Chris Hemsworth is back in his Thor regalia. 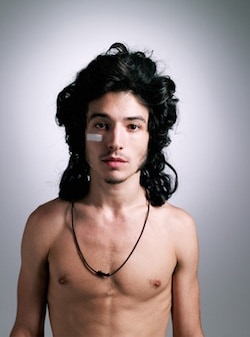 Indiewire talks to Perks of Being a Wallflower's Ezra Miller: "I feel glad to be one of the people who are working in media who don’t feel a need — or are ignoring a superficial need and are feeling another calling: to be honest, to be upfront, and to try to encourage the people around us to be inclusive in their views." (image via paper)

Cynthia Nixon to play Emily Dickinson: "The
film will trace Dickinson's life from precocious schoolgirl to the
tortured recluse who saw only seven of her more than 1,000 poems
published in her lifetime."

Michelangelo Signorile found homophobes in short supply at the DNC: "All this and much more were indications that the DNC had undergone a profound shift this year as compared to years past — and I've attended these conventions for the past 20 years. But it wasn't just about doing the right thing for gays. It was about understanding how dramatically public opinion had shifted, and capitalizing on that mightily. It was about helping to unify a party, giving it moral clarity, making its members feel that they stand for something greater — in the way they did in the history-making election of 2008 — and yes, inspiring them with enthusiasm and energy to help re-elect Barack Obama president." 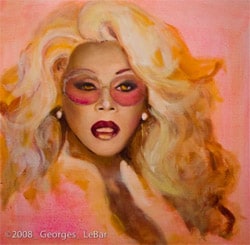 RuPaul wants to record a duet with Honey Boo Boo. “She is the queen. She understands what drag is."

Parent balks at Utah Draper Elementary School's decision to sponsor spirit night and cater student events: "'I am really surprised and concerned that Draper Elementary would choose to partner with the restaurant Chick-fil-A at a time when that company has become a symbol for the Gay Marriage/Marriage Equality debate going on in our country,' Pedersen wrote in an e-mail he sent to Sorensen and also shared with The Salt Lake Tribune."

Hong Kong AIDS organization blames Grindr for rise in HIV infections: "Cheung added that attempts to engage with Grindr in order to work together to send a safe-sex message through the app have been obstructed by the American company."