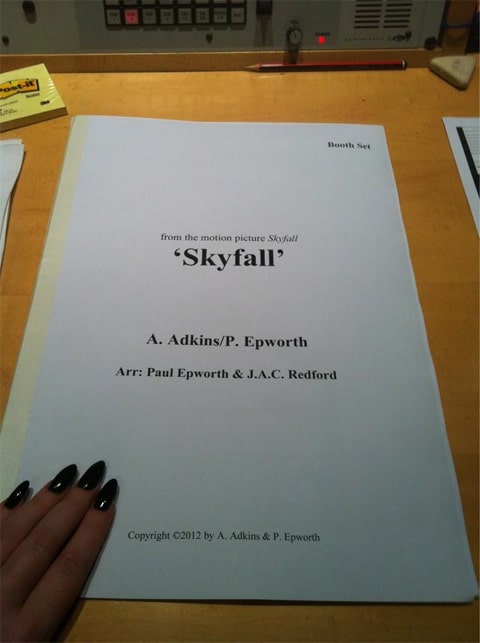 As anticipation builds for the latest installation in the James Bond series, Skyfall, speculation has mounted that Adele would be the latest Bond theme singer. Now, Adele has pretty much confirmed that's the case, tweeting a photo of a well-manicured hand and the sheet music from the film.

It's unclear when the track, co-written and produced by her production partner Paul Epworth ("Rolling in the Deep") and arranged by Epworth and J.A.C. Redford, will officially drop, but the film opens on November 9.

A just-released behind the scenes cliplooks at the film's extended underwater sequence.

Outfitting with floating chunks of ice for what is presumably a scene in the North Atlantic, the 1.2 million gallon pool is a watery reflection of the advanced sets above ground, with high-tech speakers, monitors, bubble jets and state-of-the-art trailers.

And the latest shirtless Craig shot, released last week, below. 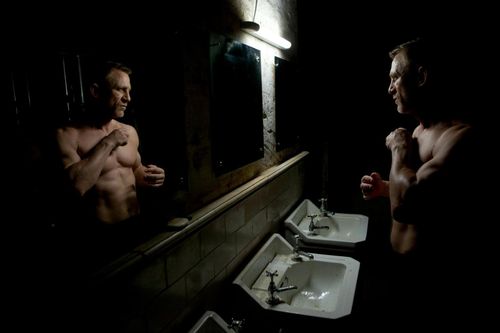 Previous Post: « ‘Half the Sky’ Highlights International Oppression of Women: VIDEO
Next Post: Supreme Court Turns Down Appeal by NOM Over its Campaign Disclosure Practices »