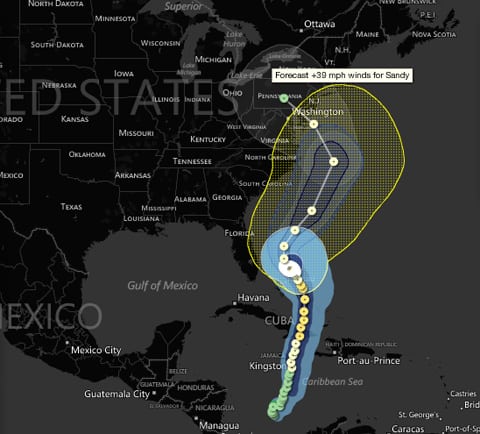 Paul Kocin, a National Weather Service meteorologist in College Park, Maryland, says the models they are seeing of the potential impact of Hurricane Sandy rival the New England hurricane of 1938 and it could be the worst in a century, Bloomberg reports:

The hybrid storm may strike anywhere from the Delaware- Maryland-Virginia peninsula to southern New England. The current National Hurricane Center track calls for the system to go ashore in New Jersey on Oct. 30, although landfall predictions often change as storms get closer to shore.

The storm has already killed 21 people in the Caribbean.