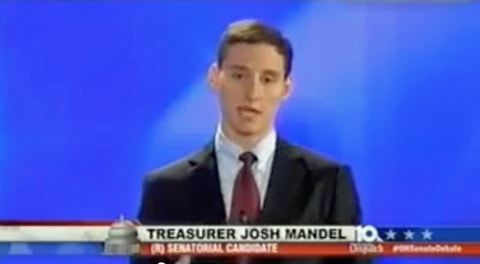 Ohio GOP Senate candidate opposes LGBT rights but still believes he can to represent every single person in the state, Think Progress reports.

Said Mandel in debate this week:

On the military side, I disagree with [DADT repeal]. As far as the decision here in state of Ohio, I’m a supporter of marriage between one man and one woman. I believe in traditional marriage. At the same time, I want you to know I will do everything I can to represent every single person in the state of Ohio — all 11 and a half million people. Regardless of their background, regardless of their socioeconomic background, regardless of their race, their religion or any other characteristic…I’m going to be blind to race, religion, any other type of orientation here in the state of Ohio and when I go to Washington.