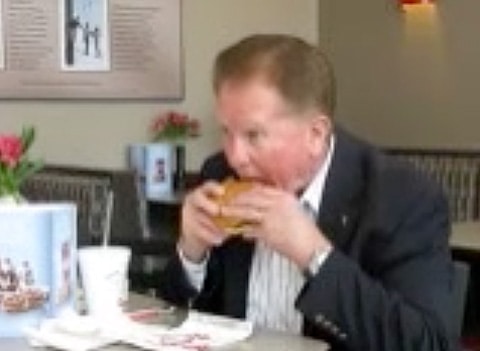 An email sent earlier this month to constituent Pete Hull by Jacksonville City Councilman Don Redman in response to criticism of his "no" vote on expanding the city's anti-discrimination policies to cover gays and lesbians is getting some attention.

Hull, 31, said in an Oct. 4 email to all council members that the vote wrongly injected religion into public policy and hurts the city’s ability to attract new business. Redman emailed a reply on the same day with a few misspellings.

“You sound like a misguided & miserable individule [sic], who needs our prayers,” Redman wrote. “I pray that god will speak to your heart & show you the truthes [sic] of his word.”

Hull had written his letter to Redman after reading an editorial in the Times Union:

On Aug. 15, the City Council voted 10-9 against a version of a bill that would have extended legal protection to gays, lesbians and bisexuals in the areas of employment, housing and public accommodations in Jacksonville.

Redman was up-front about his opposition to the bill, saying it is “contrary to the Bible.” During a council meeting, he asked a lesbian supporter of the bill during a committee meeting, “Do you consider yourself male or female.”

Some of you may recall Redman from last August, when the Chick-fil-A nonsense was at its height. He gave up 35 years of vegetarianism so he could enjoy some hate chikin.

Watch him bite into it, AFTER THE JUMP…