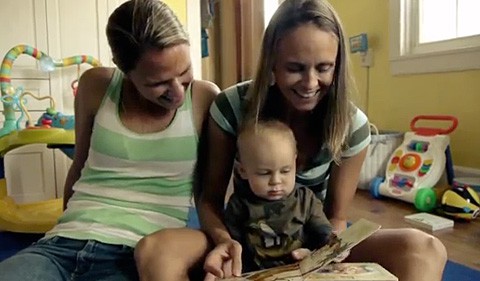 The fourth installment of New Left Media's series on couples in the four states with same-sex marriage ballot measures this November, produced in association with The Four.com, focuses on Liz and Angela and their son Mekhi.