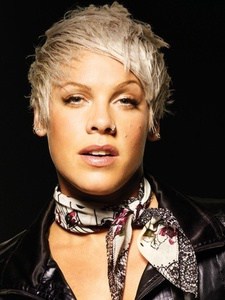 Pink understands that her physical appearance may lead some people to think she's a lesbian. But clearly the pop-singer, a long-time LGBT activist, doesn't give a damn.

"I should be gay by the way that I look and the way that I am. I just happen to not be. But it just makes perfect and complete sense," she said in an interview with The Advocate to promote her latest album, The Truth About Love.

The singer also described her gay and lesbian fans as "my honesty in an ocean of bullshit" and recalled her stint as an "honorary lesbian" when she first moved to Los Angeles to pursue her dreams, and how her time as a club kid blurred some sexual lines.

"…I was like a club kid. I was a little candy raver, and I am the kind of person that sucks the marrow out of the bones of life. Those days were really crazy and lots of all-nighters. And with a bunch of other kids that were trying to find themselves and have a good time doing it and get out from under their parents — and there was a lot of ecstasy. And as far as I’m concerned, when you’re on ecstasy there’s no such thing as definable sexuality. There is just love."
…
"I loved my little girlfriends and we kissed and we had a great time and we held hands,” she says. “When I first moved to Los Angeles, I was an honorary lesbian of Los Angeles. I wasn’t gay, but all my girlfriends were. So no, it wasn’t a big deal for me, but when [a tabloid] comes out and says, I just said I was bisexual, it’s like what? That wasn’t my truth, and I like truth. I like absolute truth."

Pink also marvels at how her music has bridged perceived social divides. While once her crowds were mostly LGBT people, now she sees older straight couples joining the fun, and she's proud. "I just feel like it’s bringing people together and it’s rad.”