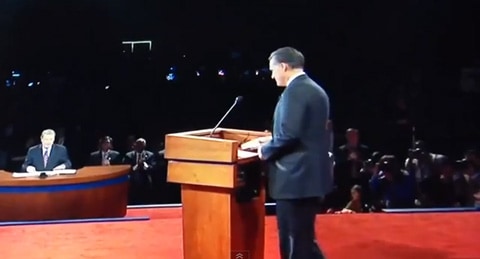 A video of this week's presidential debate shows Romney pulling something out of his pocket that looks suspiciously like a piece of paper. His campaign says "it's a handkerchief". Others disagree.

Notes of any kind are not allowed, and DailyKos writes, "If he was seen to wipe sweat from his brow, the optics would have been very bad."

So, anybody see him use a hankie during the debate?

Watch the video of Romney pulling it from his pocket, AFTER THE JUMP…